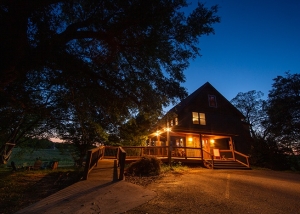 Though its neighbor to the north typically gets all the fame, North Carolina is one of American winemaking’s best-kept secrets. With a rich legacy of winemaking dating back to some of the earliest American colonization, North Carolina has long been home to a thriving community of under-the-radar masters. Now, as North Carolina wineries and vineyards are beginning to gain more of the recognition they’ve long deserved, there’s never been a better time to better time to join that community and bring a new operation to life. Call today and one of our experts will be happy to discuss your vision and how to bring it to life here in North Carolina.

Home to the oldest known cultivated grapevine in the country, North Carolina has had wine in its DNA for centuries. In fact, the official state fruit is the scuppernong grape – the first varietal cultivated in the United States – and a nearly 500-year-old vine (first established circa 1584) still thrives today in Manteo on Roanoke Island. North Carolina was even part of the start of the American wine industry in the 1830s – in 1835 Medoc Vineyard became the first commercial winery in the state, and would go on to lead the entire nation’s wine production. By the turn of the century and the rise of Prohibition, North Carolina’s 25 wineries were among the most productive in the country. And since 1933, the industry has had a rebirth, carrying on its rich legacy. Today, North Carolina boasts 186 wineries (including the most visited winery in the country and the world’s largest producer of Muscadine) and more than 500 individually owned vineyards on 2,300 acres across the state – a nearly $2 billion industry.

Since the first wineries in the state were established, North Carolina wineries have owed much to the state’s unique geology. North Carolina is home to five major viticultural areas across the state, each with its own distinctive climate and terroir – and as a result, each region is uniquely suited to producing particular flavors. The state spans climates from the Yadkin Valley, with moderate elevation and proximity to the Yadkin River, to the Appalachian High Country, with the unique benefits and challenges of high-elevation vineyards. These regions all bring a new spin to the European vinifera-style favorites. But quintessential to North Carolina are its native muscadines – especially the famous scuppernong. These varietals are known for their pest resistance, and thrive in the hot, sandy conditions of North Carolina’s scenic coasts. In fact, muscadines aren’t just prized for their wine – thanks to their health-enhancing properties, some wineries even sell their grape skins to nutraceutical companies. Whatever your vision for your operation, you’re sure to find a way to bring it to life in North Carolina.

With its long history and unique natural benefits, it comes as no surprise that North Carolina’s wine industry is rapidly growing. Since 2013, the state has seen a nearly 100% increase in cases of wine – and new wineries and vineyards are constantly sprouting up throughout North Carolina. And while most North Carolina wineries rely on sales in their tasting rooms or direct sale to restaurants and retail stores, demand (and tourism) keep rising. The industry brings in nearly 2 million wine-related tourists per year – generating nearly $320 million in tourist expenditures. Thanks to this model, North Carolina wineries and vineyards enjoy the luxury of a low-risk, stable business while maintaining a personal touch and a sense of community. There’s never been a better time to tap into the American winemaking tradition in North Carolina, and our experts are on hand to help you navigate all the ins and outs of finding the right property for your vision. Call today to schedule a viewing!